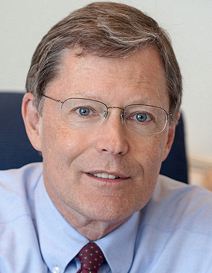 Scott is a Senior Managing Director of Empire Valuation Consultants, where he has worked since 1992. He is an Accredited Senior Appraiser (ASA) of the American Society of Appraisers and a Chartered Financial Analyst® (CFA) Charterholder.

Scott has valued a wide variety of publicly and privately held companies for acquisitions, share repurchases, estate and gift tax reporting, recapitalizations and general corporate planning purposes. He has developed business plans and financing packages, and has been involved in completed transactions totaling over $2.0 billion. Scott has also been involved in the valuation of several hundred hedge and P/E fund interests, including carried interests and related derivatives. He has also valued entertainment and artistic-related assets and interests, from copyrights of most types and profit participation interests to music libraries and other royalty-related assets.

Scott has testified as an expert witness in U.S. Tax Court, U.S. Bankruptcy Court, and the Superior Court of Connecticut; has acted as a valuation consultant to the Superior Court of New Jersey; and has been involved in shareholder disputes in New York, New Jersey, Delaware and Louisiana. He has served as an expert witness in the U.S. District Court of the Eastern District of Wisconsin regarding high yield bond portfolio litigation. He has also lectured on various business and warrant valuation topics (including speeches at national and chapter level conferences), private equity/hedge fund valuations and high yield bonds before various organizations around the country.

Scott co-authored a book, Investing in Junk Bonds; Inside the High Yield Debt Market, John Wiley & Sons, New York, New York, 1987 (including a Japanese translation published in 1988), and several articles on junk bonds. He also received the prestigious "Graham & Dodd Scroll Award" from the Financial Analysts Journal, for outstanding financial writing related to an article published as a cover story in a magazine.